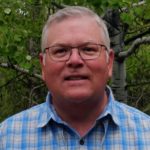 George Kimberly became Executive Director of Mountain Conservation Trust in March 2014. A native of western North Carolina, George is excited to be in the North Georgia mountains and involved in efforts to preserve the region’s resources for future generations.

Before joining MCT, George served as Land Acquisition Director and General Counsel of Catawba Lands Conservancy (Charlotte, NC), and as Executive Director of the Edisto Island Open Land Trust (Edisto Island, SC). George began his professional career as an attorney and was in private practice in North Carolina for 17 years. He obtained his undergraduate and law degrees from Wake Forest University and a Certificate in Nonprofit Management from Duke University. He has also completed the year-long Executive Director’s Leadership Program offered through the Institute for Conservation Leadership.

George is an avid fly fisher and enjoys backpacking and upland bird hunting. 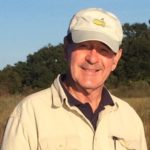 Mr. Kaminer previously served on the Boards of the Chattahoochee Hill Country Conservancy and the Merrie-Woode Foundation.  He has been a member of, and advisor to, the Georgia chapter of The Nature Conservancy for more than 25 years and served as chairman of the Board of Trustees in 2018 and 2019. Mr. Kaminer also currently serves on the Board of Trustees of the Mountain Conservation Trust and is on its executive committee.

Mr. Kaminer was born in Houston, Texas. but grew up in Atlanta.  He received his undergraduate degree from Vanderbilt University in 1969 and then served 3 years in the U.S. Army.  He received an MBA from Georgia State University in 1973 and his law degree from Emory University School of Law in 1976.  He and his wife Barry resided in Atlanta for many years but recently moved to St Simons Island; they have four children, Wright, Heath, Cooper, and Andrew.

Mr. Kaminer enjoys spending time outdoors, whether on the marsh or in the mountains. He is an avid fisherman and traces his interest in conservation back to his first fishing trip to the Florida Keys in 1968.  Mr. Kaminer has spent many years fishing and paddling on the rivers and streams of North Georgia and North Carolina. 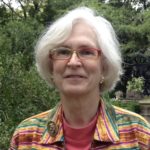 Becky received her Ph.D. from the Georgia Institute of Technology in 1993. She spent most of her career teaching for various universities and colleges in Georgia – Columbus State, Kennesaw State, Mercer College of Pharmacy, and Brenau University. In addition to her teaching responsibilities with Columbus State, Becky was Executive Director of Oxbow Meadows Environmental Learning Center.

Becky enjoys gardening, playing with her dogs, working on her old house, and playing what she describes as a less than mediocre round of golf.

One of Becky’s favorite quotes comes from Margaret Mead, “[n]ever a doubt that a small group of thoughtful, committed citizens can change the world; indeed, it’s the only thing that ever has.” 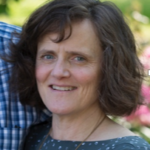 Nancy-Clair McInaney was born and raised in Atlanta, GA, and has spent countless hours in the North Georgia mountains. She earned a BA from Brown University in Religious Studies and a Master’s in Community Development with an emphasis in land-use planning from the University of California at Davis (2001). She was a wilderness instructor and course leader for the National Outdoor Leadership School and Outward Bound in Oregon, Utah, Wyoming, and Alaska.

She served as Director of Outreach and Volunteers for the Tahoe Adaptive Ski School, Watershed Manager with the Sierra Nevada Alliance, and Program Manager with Project MANA. She is a 2014 graduate of the Institute for Georgia Environmental Leadership Program and together with Steve, is a proud mom to Will and Nicholas who love exploring the mountains and streams of North Georgia. 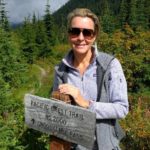 Ashley Preisinger is the Former President of the Georgia Proton Treatment Center, LLC.  During her 5 years with this organization, she was responsible for the overall asset management and financial restructuring of the project through a successful $250 million tax-exempt bond offering. She also had full responsibility and oversight of construction completion, equipment installation, and operational readiness of the facility. Doing business as the Emory Proton Therapy Center, the facility is a 107,000 square foot state-of-the-art cancer treatment center that delivers proton therapy to patients in Atlanta, GA, and the Southeastern United States. This 5-room proton center opened in December 2018.

Prior to her work with the proton center, Ashley was CEO of the WNBA Atlanta Dream. In her role with the Dream, she oversaw all aspects of the team including sales, finance, and basketball operations.

Ms. Preisinger spent 15 years in the financial services industry and was Director of Client Development and Marketing for Homrich Berg, an independent wealth management firm, and a Partner with Invesco, a global investment firm.

In 2008, Ashley was chosen as one of the Atlanta Business Chronicle’s Top 40 Under 40. She is actively engaged in her community having served on the Board of Directors for Zoo Atlanta, Georgia Shakespeare, the Atlanta Tip-Off Club, and the Mountain Conservation Trust of Georgia. She currently serves on the Advisory Board for the Emory University Center for Ethics and is a member of the Rotary Club of Atlanta. Ashley was also asked to participate in the Leadership Atlanta Class of 2010 and was named Rotarian of the Year by the Buckhead Rotary Club.

Ashley grew up in the North Georgia mountains and her mother’s family has resided there for over 150 years. 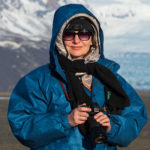 As a long-time volunteer and supporter of MCT, Evelyn Steiner joined the Board in 2019.

Evelyn earned her Bachelor of Science degree in Biology at Augusta State University and her Doctor of Pharmacy at Mercer University. She worked as a Hematology-Oncology Pharmacist at Children’s Healthcare of Atlanta for almost 20 years.

She currently volunteers with Georgia Mountains Hospice and with Angels on Horseback, Therapeutic Riding Center. She serves on the board of her community’s Property Owners Association as well as the board of Angels on Horseback.  She resides in the beautiful mountains of Jasper with her husband David. She serves on the MCT board to help preserve the beautiful north Georgia mountains for generations to come. 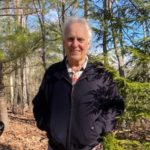 Jim Crew is a practicing attorney in the Appalachian Judicial Circuit of north Georgia and lives in Pickens County. He has hiked and rafted widely in the Northwest, Southwest, and Southeast. He frequently wanders in the north Georgia mountains which are comparable in every way.

His wife, Liz’s family have had ownership in these mountains for over eight decades and always sought to preserve its undeveloped state as best they can. 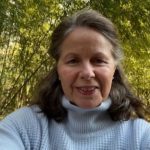 Tavia McCuean has spent over 35 years in the conservation of our natural and built resources. The majority of those years were spent as vice president and executive director of The Nature Conservancy for almost 20 years and then served as vice president of stewardship and conservation for the Forestar Group. Prior to that position, Tavia served as executive director at The Florida Trust for Historic Preservation and also worked at the Northwest Florist Water Management District.

Currently, Tavia is working as a fundraising consultant via McCuean Consulting and Coxe Curry & Associates.  She is a graduate of Auburn University and attended the nonprofit management program at Harvard Business School. 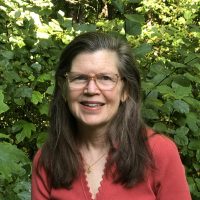 Leslie Hankey joined the board at MCT in 2021, the same year that she received her Ph.D. from Texas Tech University.

Leslie is a Lecturer of Technical Communication at Kennesaw State University where she began teaching in 2011. She formerly worked at Whitefield Academy as a Special Projects Coordinator and at Oxford Industries, Inc. as a Retail Group Manager.

Leslie, an outdoor enthusiast, has worked as a volunteer with the Atlanta Botanical Garden and the Chattahoochee Nature Center. She grew up in the mountains of Western North Carolina but began frequenting the mountains in North Georgia in the 1980s. Leslie and her husband Charles moved atop Burnt Mountain in Jasper, Georgia, in 2018. In her spare time, Leslie is an avid hiker and an artisan bread baker.